One can relive a lot of history at The Greenbrier resort in White Sulphur Springs, West Virginia, from its founding in 1778, to the Cold War when the U.S. government built an enormous bunker into the side of a mountain to shield Congress and kept it secret for 30 years.

Now a National Historic landmark in the Allegheny Mountains, The Greenbrier has 10 lobbies, 682 rooms, suites and guest and estate houses, a 40,000-square-foot spa and 103,000-square-foot casino. It sits on 6,500 acres dotted with 30 shops, three golf courses and a half dozen restaurants.

Golf at The Greenbrier 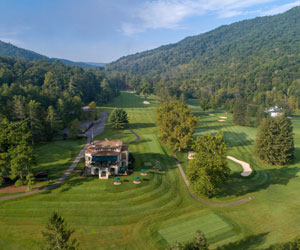